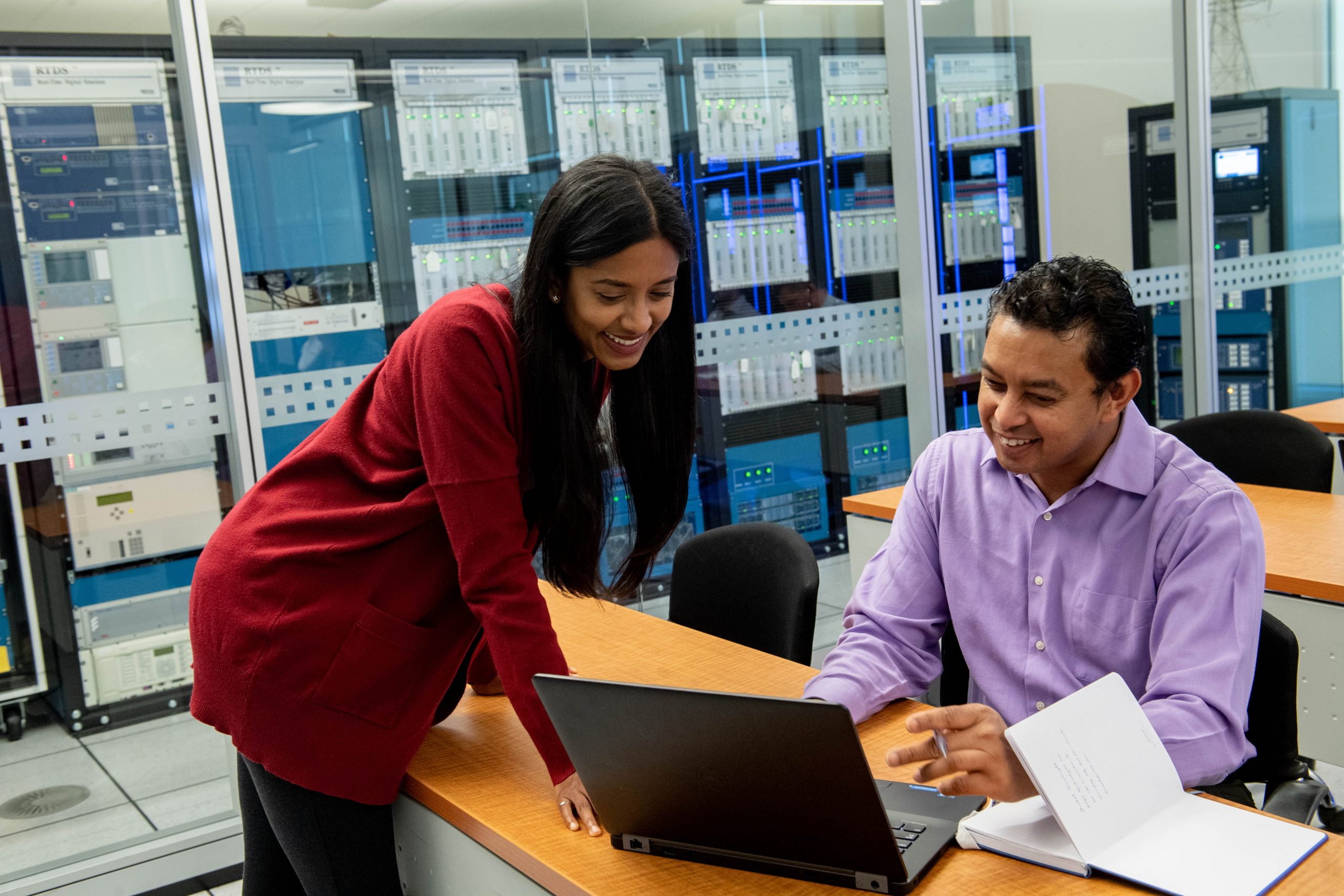 Abstract: PHIL and CHIL simulation is proving to be an efficient tool for research, testing and education. Best experiences of using HIL simulation at the National Technical University of Athens (NTUA) are presented focusing on power electronic converters and smart grid controllers. First, the proposed procedure, stages and topologies for the testing of power electronic converters are shown, related to battery inverter development and testing, FACTS testing, microgrid control and interactions between DER and OLTC. The second part deals with the HIL testing of smart grid controllers, including the testing of a coordinated voltage controller in a combined CHIL and PHIL setup, the adaptive protection testing via HIL simulation and the testing of a distributed control scheme based on Multi-Agent Systems. The last part of the presentation explains the benefits of using PHIL simulation as an advanced method for hands-on and experiential laboratory education. 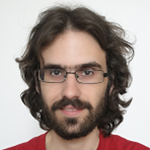 Bio: Panos Kotsampopoulos received the Diploma in Electrical and Computer Engineering from the National Technical University of Athens (NTUA), Greece and the PhD degree on distributed energy resources in 2017 from the same school. Since 2010 he has been working on research projects at the Smart RUE research group of NTUA, where he is currently a Senior Researcher. He was a guest researcher at the Austrian Institute of Technology AIT (Vienna) in 2012 and 2013. He has participated in several European research projects as principal investigator for ICCS-NTUA and in national projects with PPC/HEDNO. He is responsible for the development of the laboratory infrastructure of the Electric Energy Systems Laboratory of NTUA. He is chair of the IEEE PES Task Force “Innovative teaching methods for modern power and energy systems” and active member of the IEEE PES Task Force on “Real-Time Simulation of Power and Energy Systems”, the IEEE WG P2004 “Recommended Practice for Hardware-in-the-Loop Simulation Based Testing of Electric Power Apparatus and Controls” (chapter co-leader) and member of other Task Forces and Working Groups. He is Editor of the “IEEE Open Access Journal of Power and Energy” and member of the Editorial Board of the journal “Energies”. He is Guest Editor of the Special Issue “Advancements in Real-Time Simulation of Power and Energy Systems” of the journal “Energies”. He is chair of the IEEE Young Professionals Greece and co-founder of the energy community/cooperative “Collective Energy”.  He is senior member of IEEE and member of the Technical Chamber of Greece.

Abstract: All turbine-shaft models used in EMT-type simulation software present an implementation of the spring-mass damper system. In most cases, the spring-mass based model of the turbine-generator shaft is sufficiently accurate to predict the torsional frequencies with a high degree of precision for the significant modes. The parameters of the spring-mass system are the moments of inertia, the spring constants, and the damping of the masses. While the first two parameters are generally well known, the prediction of the damping is very difficult, and it is often found to differ from the measured values by a factor of two to five. On the other hand, the measured damping provided by the manufacturers is often in modal form, which cannot be used in the spring-mass model in a physically meaningful manner.

For better correlation between field measurements and simulation results in studies related to the investigation of torsional interactions between power electronic devices and conventional turbine-generator units, the existing multi-mass model in RSCAD (CBuilder) is further developed to allow the insertion of modal damping. The accuracy of the enhanced model is verified against a benchmark model in PSS NETOMAC. The developed model can be used for HIL testing of various control systems in the context of subsynchronous or supersynchronous torsional interactions. 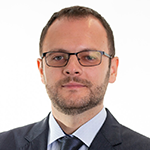 Bio: Robert Dimitrovski (M’15) received the Dipl.-Ing. degree from Ss. Cyril and Methodius University, Skopje, Macedonia in 2009 and the M.Sc. degree in electrical power engineering from Brandenburg University of Technology, Cottbus, Germany, in 2011. In the same year he joined Siemens AG, Germany, Smart Grid Division, as system tester for real-time testing. Since 2015 he is a Ph.D. student and research associate at the Institute of Electrical Energy Systems at the Friedrich-Alexander-Universität Erlangen-Nürnberg, Germany. His research interests lie in the field of power system modeling, stability and control.