The User Spotlight Series is a webinar-based event that showcases the work of RTDS Simulator Users worldwide every week starting September 2020. Webinars will include two 20-minute presentations from users, followed by a live Q&A, plus commentary from RTDS Technologies. Adapted from our popular in-person User’s Group Meetings, the virtual User Spotlight Series is your opportunity to hear user success stories, learn about their challenges, and explore new applications.

Can’t make the webinar? No problem. All webinars will be available on-demand after they air.
Simply register in advance to watch the recording and receive the materials.

Abstract: This research work focused on the development of advanced control algorithms for the effective integration of low carbon technologies such as photovoltaics, distributed energy storage, and flexible electric vehicle charging load in the distribution grid. The developed advanced control algorithms for grid modernization, including Volt-VAR optimization (VVO) and conservation voltage reduction. While there are several techniques for voltage control, the present work focused on the impact of smart inverter-based distributed energy resources control on grid operations. The developed VVO algorithms operate on a multi time scale and capable to control the voltage in dynamic changing scenarios. In order to that, a coordinated real-time three-layer hierarchical dispatching structure has been proposed. The performance of developed control algorithms has been validated on a multi time scale real-time framework using the real-time digital simulator (RTDS) platform through co-simulation with models based on Python and OpenDSS (Open Distribution System Simulator). This study uses RTDS Novacor, RSCAD 5.007 in distribution mode with simulation time step (dt) of 120 microseconds to test the developed control algorithms in a large-scale active distribution test system. The average models of distributed energy resources have been used. The interaction during the real-time simulation in RTDS is implemented through ‘ListenOnPort’ command by external application, where the control algorithm was developed with the help of the OpenDSS platform. The script-based ‘ListenOnPort()’ command was used to enable the TCP/IP-based socket communications between RSCAD/run time and the Python applications running in the same network. 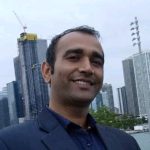 He was a Visiting Research Scholar with the National Renewable Energy Laboratory (NREL), Golden, CO, USA, from April 2018 to October 2018.

He also worked as an Assistant Professor with Graphic Era Hill University, Bhimtal, India, and Graphic Era University, Dehradun, India, from 2012 to 2014. Currently, he is working as a Lecturer Electrical Engineering in Board of Technical Education, Government of Uttar Pradesh, India

Dr. Singh was the recipient of Bhaskara Advance Solar Energy (BASE-2018) Fellowship supported by Department of Science and Technology of Govt. of India and Indo-US Science and Technology Forum, New Delhi, India. He was awarded POSOCO Power System Award (PPSA-2020) under Doctoral Category for his research work organized by Power System Operation Cooperation (POSOCO) Ltd in association with Fundamental for Innovation Technology Transfer ( FITT), IIT Delhi.

He has published various research papers in repute journals and conferences. Dr, Singh is serving as a reviewer in various reputed journals and conferences such as IEEE Transactions, IET, Elsevier and Wiley Publications. His research interests include Smart Energy Distribution Systems, Micro-Grids, Electrical Energy Storage, and Distributed Energy Resources Integration.​ 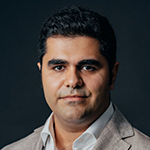 Bio: Arman Ghasaei received the B.Sc. degree in Electrical Engineering from the Isfahan University of Technology, Isfahan, Iran, in 2011 and the M.Sc. degree (with high honours) in Electrical Engineering from the Iran University of Science and Technology, Tehran, Iran, in 2014. He is working towards pursuing his Ph.D. degree at the Centre for Applied Power Electronics (CAPE), University of Toronto, Toronto, ON, Canada. He is the recipient of several awards, including the Ontario Graduate Scholarship and the Queen Elizabeth II Graduate Scholarship in Science & Technology. His research interests include control and operation of microgrid-based distribution power systems. His expertise includes dynamic control of converter-interfaced distributed-energy-resources, formal supervisory control of microgrid systems, and off-line time-domain performance evaluation and real-time hardware-in-the-loop performance verification of microgrid control systems.

We use cookies to ensure that we give you the best experience on our website. If you continue to use this site we will assume that you are happy with it.Ok