Abstract: The laboratory of the CEN is conceived under a law modification in 2018. It states that CEN will have permanent resources to carry out and coordinate research, development and innovation in energy matter aiming to improve the operation of the power system. CEN’s laboratory has one RTDS rack with four licensed cores. Additionally, two amplifiers are available to test three simultaneously three-phase devices which require secondary current and voltage values.
Since its creation, the laboratory’s personnel have been working on both HVDC technology modeling LCC and VSC to prepare the upcoming project of ±600 kV connection between the North and Chilean’s Capital. Other works are based on model migration from a more commonly used software by the institution. These models include synchronous generators, renewable power plants and STATCOM, among others.
A Remote Terminal Unit (RTU) was tested in 2019. The RTU is connected to the Novacor through one of the GTNETx2 ethernet ports using DNP3 as the communication protocol. An algorithm was implemented in this unit. It receives several signals from the power systems simulated in the RTDS rack such as breakers states, power flows, power plants available power and generation increasing rates. The algorithm takes these variables into consideration and with a certain predefined criterion it allows generator units to increase their power generation, or to decrease it if needed.

​Bio: Simón Veloso received his B.Sc. and M.Sc. degrees from the Federico Santa María Technical University, Chile in 2016. Since 2014 he is been working on reliability assessment for new projects which are to be connected to the National Power System. His areas of interesting involve model development, parameter identification algorithms, model order reduction, dynamic and static analysis of power systems. He currently works leading the laboratory at the National Electrical Operator of Chile (CEN) in model development, equipment testing and support for the future Chilean HVDC line project.

Abstract: This presentation will describe ONS experience on setting-up, operating and maintaining a Hardware-in-the-loop (HIL) simulation facility composed by real-time simulator equipment and HVDC control and protection replicas from four different manufactures (ABB, GE, SIEMENS and NARI). This entire infrastructure is operating all together in its laboratory located at Rio de Janeiro main office headquarter.

For the past 8 years of its existence, the work carried out at this facility covers the insertion of four HVDC transmission links to a very large HVAC transmission network. The activities developed there cover the controllers setting up, commissioning and supplementary tuning for the following HVDC links: two parallel bipoles for a 2500km link supplied by two different manufactures (ABB and GE); one bipole for a 2000km link supplied by SIEMENS and one bipole for a 2500km link supplied by NARI. In addition, for a full representation of the interconnected electrical network, there is an older HVDC transmission link in Brazil with no replicas available currently. For that reason, the respective controllers are represented by RTDS models.

The integration and coordination of all this infrastructure in a single system representation have demanded the management of heterogeneous resources. That issue is essential for studying multiple infeed interactions on HVDC transmission dynamic performance. 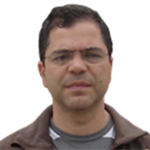 Bio: Alex de Castros – Received the B.Sc degree in electronic engineering from Federal University of Rio de Janeiro (UFRJ), Brazil in 1994. From 1994 to 2010 he worked as researcher at the Electric Energy Research Center (CEPEL) by developing software on the following topics: model reduction, modal analysis, small-signal stability, graphical user interface. Since 2010 he has been with the National Electrical System Operator (ONS) as Senior Engineer. He is with the team responsible for supporting the ONS DC Systems Network Simulator operation. His main interests are focused on modeling of power systems networks by using off-line tools (PSCAD) and real-time simulators (RTDS/RSCAD) and operating the replicas of the following manufacturers: ABB, ALSTOM, SIEMENS and NARI. 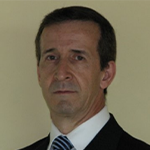 Bio: João J R Oliveira – He graduated in Electrical Engineering from the Federal University of Rio de Janeiro (UFRJ) in 1983 and in 1992 he obtained his MSc degree in Electrical Engineering from COPPE / UFRJ. He worked from 1986 to 2014 as a research eng. at the Electrical Energy Research Center (CEPEL) where he worked in the development of digital models for EMT HIL simulation. He also worked on integrating the EPRI/OTS simulator into the ONS REGER system. In 2016 he started working at ONS where he is involved with support and prospection of tools for the ONS´s SSCC (Continuous Current Systems Simulator) real-time digital simulator.