Real Time Simulation for PHiL Applications in a Microgrid Testbed

Abstract: The increasing penetration of distributed renewable energy systems is leading to a transformation of the electrical grid, which has historically grown as a centralized structure. One key-component is the integration and grid-supporting control of storage systems as well as an intelligent control of other active assets. In this regard, microgrids as well as smart distribution systems are in special focus. The Institute of Electrical Energy Systems (LEES) of the Friedrich-Alexander University Erlangen-Nürnberg (FAU) therefore developed a concept for a flexible investigation and test environment of microgrids, smart distribution grid structures, storage systems and SCADA which is based on real hardware components that are supplemented by a real-time simulator for CHiL and PHiL applications. Recent research activities investigate the impact of residential photovoltaic systems in combination with small scale storage systems. The testbed therefore integrates a rooftop photovoltaic system and the corresponding control system as hardware. A residential load, a distribution grid and different storage systems are implemented as a real-time simulation on a RTDS NovaCor to gain flexibility in type and size. Both hardware and real time simulation are combined via PHiL. 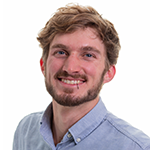 Bio: Simon Resch received the B.Sc. degree and the M.Sc. degree in power engineering from the Friedrich-Alexander University Erlangen-Nürnberg (FAU), Germany, in 2013 and 2015, respectively. He is currently working as a research assistant at the Institute of Electrical Energy Systems of the FAU were he is responsible for the microgrid and energy storage laboratory. His research interests include power electronics converters for distributed generation and distributed energy storage systems, battery storage systems and management of microgrids. The Institute of Electrical Energy Systems of the FAU is engaged in the analysis, the development and the operation of modern electrical energy supply for research and teaching. The aim of the institute is a scientific contribution for the design of future sustainable power grids.

Abstract: This work involved the design and validation of a Wide Area Monitoring and Control (WAMC) system for Fast Frequency Response (FFR) to address the challenges associated with reduced and non-uniformly distributed inertia in power systems. The WAMC system is termed “Enhanced Frequency Control Capability (EFCC)” and is developed as part of a £9.6m innovation project led by National Grid ESO in the UK. The EFCC scheme uses real time measurements from Phasor Measurement Units (PMUs) to monitor the system state in order to rapidly detect frequency disturbances and evaluate the magnitude of power imbalances. The impact of the disturbances on different parts of the network is considered to subsequently allocate the required response for different regions of the network, all within less than one second from the initiating event. The capabilities and characteristics of different resources (e.g., wind, energy storage, demand, etc.) are also evaluated and taken into account to achieve a suitable, optimized and coordinated response. The EFCC scheme was tested using a highly realistic MW-scale Power Hardware-in-the-Loop (PHIL) setup established at the Power Networks Demonstrate Centre at the University of Strathclyde in the UK. The PHIL testbed couples a 11kV physical network with a GB transmission network model in RTDS via the control of a MW-scale motor-generator set, and is capable of emulating a wide range of frequency disturbances at different system inertia levels. In the presentation, the establishment of the PHIL testbed and case studies of using the testbed for validating the EFCC performance will also be discussed. 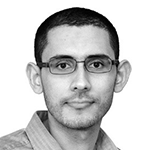 Bio:  Dr Ibrahim Abdulhadi is a lead R&D Engineer at the University of Strathclyde’s Power Networks Demonstration Centre (PNDC). He received his MEng and PhD degrees in Electronic and Electrical Engineering from the University of Strathclyde in 2007 and 2013 respectively. Ibrahim currently leads a team of engineers and a portfolio of research and demonstration projects in collaboration with UK and international distribution network operators and smart grid solutions suppliers. His work focuses on digital substation architectures, protection and automation and validation of energy systems particularly through real-time simulation. 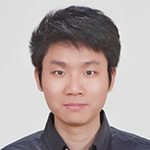 Bio: Dr Qiteng Hong is presently a Chancellor’s Fellow (Lecturer) in the Department of Electronic and Electrical Engineering (EEE) at the University of Strathclyde in the UK. His research focus is on novel solutions for protection and control of future power systems with high penetrations of renewable energy sources. Dr Hong received his BEng (Hons) degree in EEE from Strathclyde and was the top graduate of the year in 2011. He received his PhD funded by National Grid on power system protection also from Strathclyde in 2015.

During Dr Hong’s career, he has successfully completed/been involved with more than 15 research projects, secured over £1.5M as PI and Co-I with more than 40 publications in international journals, conferences and technical reports. Dr Hong was awarded the highly prestigious IET prize in 2011 for his outstanding academic performance and he was the recipient of the John Moyes Lessells Scholarship by the Royal Society of Edinburgh in 2013, which supported him as visiting scholar to Hong Kong Polytechnic University. He also held a one-year senior visiting scholarship in Tsinghua University in 2018.

Dr Hong is a Regular Member in the CIGRE Working Group (WG) B5.50 and a member of IEEE WG P2004; he is the Technical Lead for the CIGRE UK Next Generation Network and occupied the position of Honorary Secretary for the IET Scotland South West Committee until 2018; he was also the main founder and led the Global Young Member Showcase in CIGRE Paris Sessions in 2016 and 2018.

We use cookies to ensure that we give you the best experience on our website. If you continue to use this site we will assume that you are happy with it.Ok